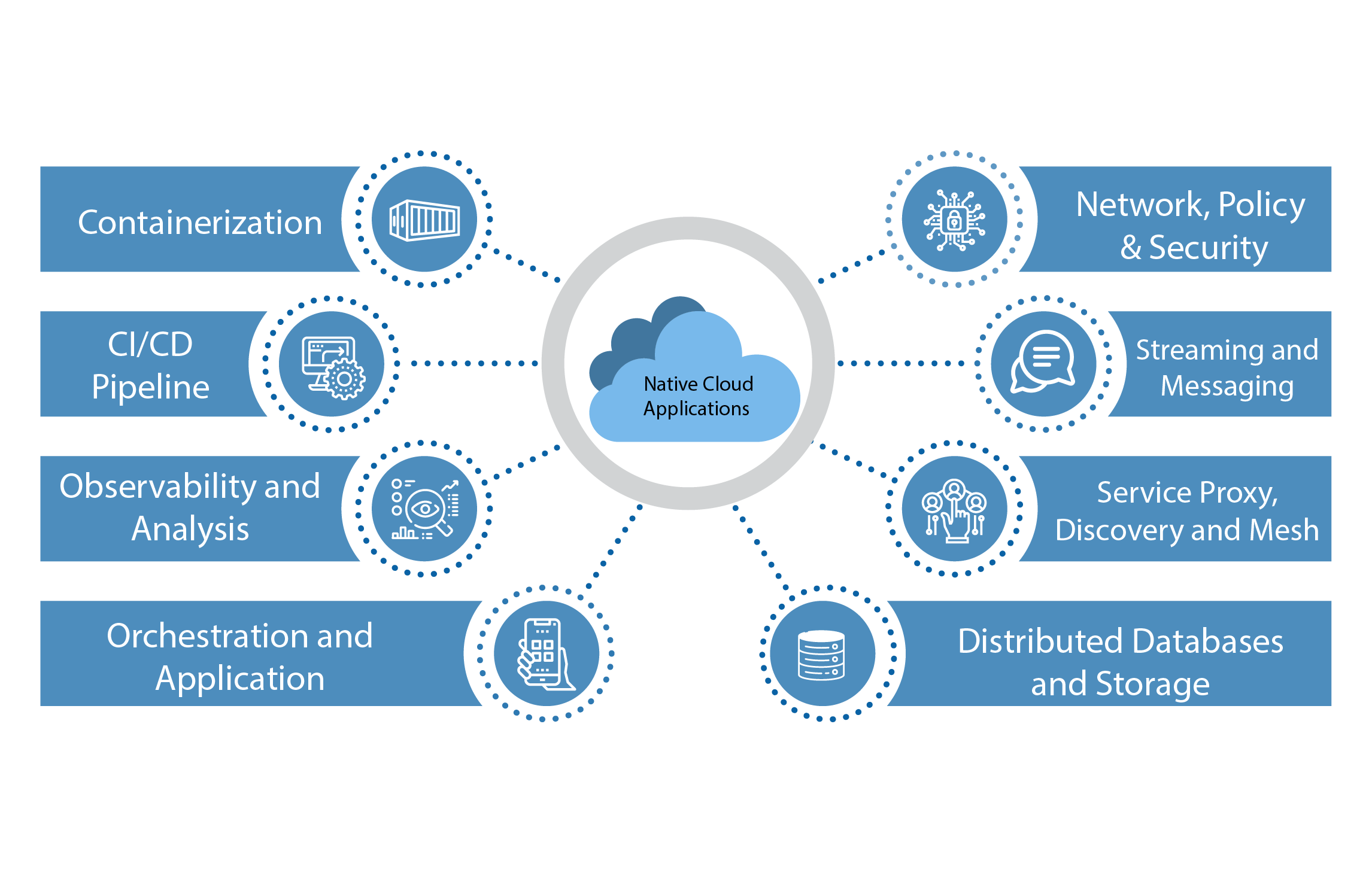 To truly take advantage of cloud computing technologies, organizations must develop cloud native applications; in other words: applications built to run in a cloud infrastructure. What does this mean?

Native Cloud Applications (NCA) are designed to take advantage of cloud frameworks, i.e. loosely coupled cloud services. This means developers have to break down tasks so they can run on discrete servers in separate locations. Since native cloud apps run on infrastructure that is not supported locally, NCAs must be redundancy-robust. As storage and services for compute can be scaled as needed there is no need to over-provision resources—hardware, load balancers, etc.

m11 applications are built to do only one task, but they do it very well. m11 are also enable containerization, agility (using DevOps), elastic scaling and frequent deployment. Techniques like containers, service meshes, microservices and declarative systems enable loosely coupled systems that are robust, easy to manage and monitor, which makes it simple for engineers to make changes frequently.

Microsoft Azure offers a bouquet of application and Infrastructure services that can accelerate your journey to cloud native status.

Without any need to provision or manage underlying infra, developers can use Azure Container Instances (ACI) to deploy containers on MS Azure public cloud. Thus, ACI reduces management effort and costs and allows a container to be deployed in a matter of seconds. Developers can also make a docker file and create custom container images that can then be uploaded to the Azure Container Registry (ACR). You can build/store/secure/scan/replicate images and artefacts and connect them across different environments such as Azure’s Kubernetes, Azure’s Red Hat OpenShift, and services such as App Service, Machine Learning and Batch.

Azure also lets developers work directly with microservices via a Kubernetes bridge. This allows them to take on debugging on their own machine while connected to the Kubernetes cluster. This drastically boosts development, fidelity and scaling. It also takes care of the problem of a developer making changes to an application in isolation.

Monolithic systems lend themselves to observabiity since all the activities involved, viz: measurement, collection and analyses are contained in a single process, In large scale microservices systems, however,  separate teams build separate parts of the systemm making observation and analyses are bit challenging.

If the event of various teams deploying various microservices independent of one another,  it can be tough to understand dependencies all-across the service. In this case, Service mesh offers uniformity, creating a programming-language agnostic environment so inconsistencies can be identified and addressed even if different teams work with different programming languages and frameworks to build their particular microservice.

Prometheus is a open-source solution to monitor metrics popularly used on Kubernetes.  Other than this, Azure Kubernetes Services (AKS) provides fully managed monitoring for AKS clusters.

The service mesh splits operations such as traffic management, security, observability, etc, moving them to the infrastructure layer (from the application layer).

Open Service Mesh (OSM), a extensible cloud-native service can be used as a AKS extension for its service mesh capabilities.

AKS, deployS in a cluster using either of the following network models:

Cloud native databases, such as Azure Cosmos DB, make storage, management and extraction of data easy and simple. It offers super-fast responses, it is automatic and instantaneously scalable. Its SLA availability and security assures business continuity, and developer productivity.

Streaming and messaging services enable micro-services to interact while staying loosely connected and light-weight. They are thys one of the most critical aspects in a cloud native landscape. Azure offers messaging services, including Event Grid, Event Hub and Service Bus, to help you build applications using event-based architecture and support CloudEvent schema (for publishing and consuming cloud-based events) via a common event schema.

With a cloud native environment, the sky is truly the limit. But it takes deep planning and strategizing post-migration. All across the world, organizations are leveraging CNA to improve reliability and profitability. As a partner to Microsoft Azure, as well as AWS and GCP, Teleglobal can help you take your business to new horizons.